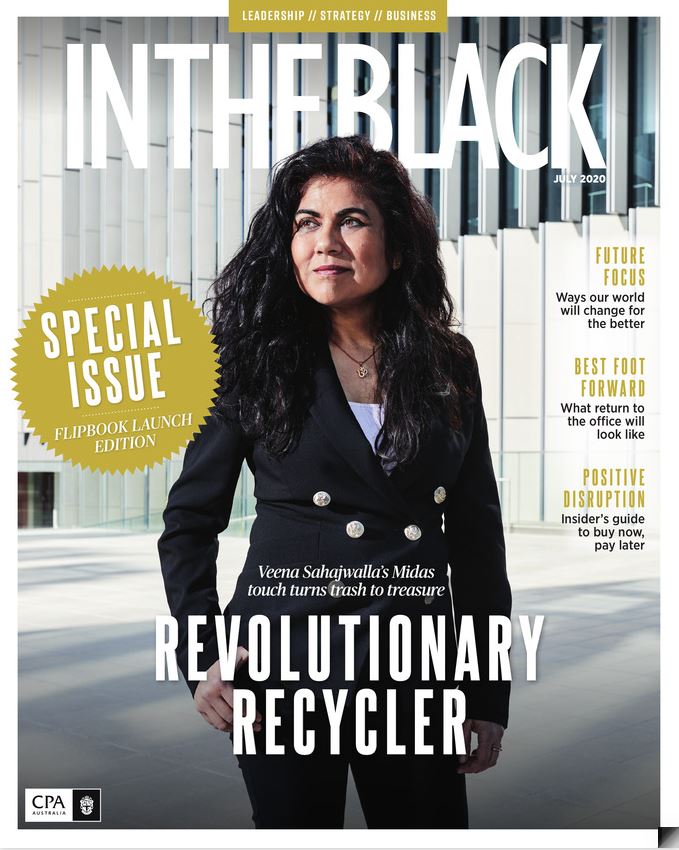 Australia’s most widely circulated B2B magazine, CPA Australia’s award-winning INTHEBLACK, will be published as a digital-only publication after its July edition. TMSN takes a look at its digital-only offer, and the reasons behind the change.

INTHEBLACK is produced by the Certified Practising Accountants (CPA) Australia association, which is one of the world’s largest accounting bodies. The magazine has an audited circulation of more than 154,000 copies, distributed to 118 countries and Qantas lounges.

The magazine was founded in 1909 as the Commonwealth Journal of Accountancy, it then became The Australian Accountant, before landing as INTHEBLACK. It features interviews with business leaders from Australia and around the world, as well as in-depth practical analysis, commentary and opinion.

The INTHEBLACK brand has won many industry awards over the years, including:

The July edition of the association’s monthly magazine will be the last in print, with future editions being delivered via an enhanced digital flipbook.

In its last print edition, CPA Australia says “INTHEBLACK has a reputation for delivering timely, interesting content that is tailored to the needs of its readers. Even as the magazine makes this leap into the digital world, the elements that have made INTHEBLACK a sought-after member resource will follow the magazine into this new chapter of its history.”

“The new digital flipbook will significantly reduce the magazine’s environmental impact, to which printing and distribution were major contributors,” the association says.

Of course, the move to digital-only will significantly reduce the production costs associated with the magazine. CPA Australia are accountants after all. But they’ve demonstrated that they are also very good magazine publishers, and it doesn’t appear that the decision has been taken lightly. The association has been working on its digital presence for some time.

“It will also have new features many of our readers have been asking for – the ability to share INTHEBLACK content with colleagues and clients, easy links to relevant resources, and the ability to access the magazine content anytime, anywhere,” says CPA Australia.

The move to digital-only product is backed by a strong website: CPA Australia says that intheblack.com averages 166,000+ monthly visits, a figure that has grown significantly since 2018. It features the digital magazine, weekly news content, polls, audio, video, photo galleries, and reader comments.

INTHEBLACK email marketing also enjoys above-average open rates, sitting around 29-43 per cent (depending on the type of marketing sent).