The Public Interest Journalism Initiative (PIJI) is calling on the Federal Government to put in place emergency measures to save the country’s news industry at a time that so clearly demonstrates its role in Australia’s emergency infrastructure.

PIJI said that stretched news organisations – services the government has itself named as essential – are being put under further stress as advertisers in key sectors like tourism, aviation, sport and entertainment slash their spending in the midst of the COVID-19 pandemic. The reduction in advertising budgets has hit all media operations hard, especially already-struggling local and regional publishers.

PIJI wants to work with the Federal Government to take the following steps to support public interest journalism in Australia as a matter of crucial urgency:

“Measures taken by the Federal Government, such as cash injections for small business are a great start, as is payroll tax relief being offered by State Governments,” said PIJI Chairman Professor Allan Fels AO.

“It is clear ministers are working as quickly as possible to inject much-needed stimulus into the economy.

“But given the inherent public interest in maintaining a healthy news sector, we are asking the government to urgently look at stimulus measures to keep public interest journalism alive.

“The sector was already struggling under the weight of a broken revenue model – unless we act now, there will be little news infrastructure left to save.”

News readership and subscriptions have spiked in the midst of the economic and health crises, News Corp alone saw a 48 per cent increase in total audience across all metro and regional titles and subscriptions rose by 21 per cent when compared with the same week last year.

Buzzfeed will slash staff pay by up to 25 per cent, Southern Cross extended a trading halt on its shares as it assesses the effect the pandemic will have on its business.

The Saturday Paper and The Monthly report they have lost “almost all their advertising revenue” in the fallout of the crisis.

Last month the sector was put on notice that AAP will close in June. PIJI said that, while it has since emerged that AAP is now in talks with potential buyers, if the closure goes ahead it will be yet another devastating blow to news operations across the country, especially regional and local operators.

PIJI has been established as a limited-life initiative (3-5 years) to conduct research, develop policy and promote public discussion to ensure “a sustainable, national ecosystem for independent public interest journalism”.

Public interest journalism is defined as reporting information that the public is entitled to know, and which holds authority to account. The PIJI describes it as a “vital pillar of Australian democracy”. 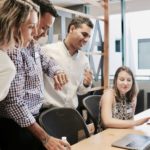 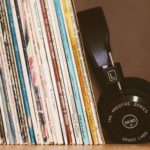