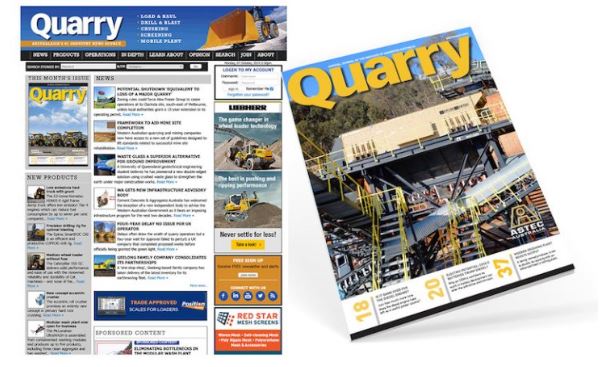 Quarry Magazine is produced in partnership with the Institute of Quarrying Australia (IQA).

Prime has a history of supporting the growth of the resources sector with a number of similar titles and events, including Australian Mining, Safe to Work, Oil & Gas Industry News, Rail Express, Prime Mover and Australian Bulk Handling Review.

“We are excited to work closely with the IQA on the future of this publication, and its role in developing this exciting and important industry,” said John Murphy, Print Creative Media CEO.

“We will do so by supporting the IQA’s mission to advance the science of quarrying in Australia and overseas in the interests of the public at large. It’s a mission that aligns well with Prime Creative Media’s purpose of growing individuals, organisations and industries.”

“We will be continuing to build upon the great work of the IQA and Gunnamatta Media, with further investments into the brand, including new digital platforms that will be launched in the coming weeks,” said Murphy.

Longstanding Editor Damian Christie will be joining the Prime team.