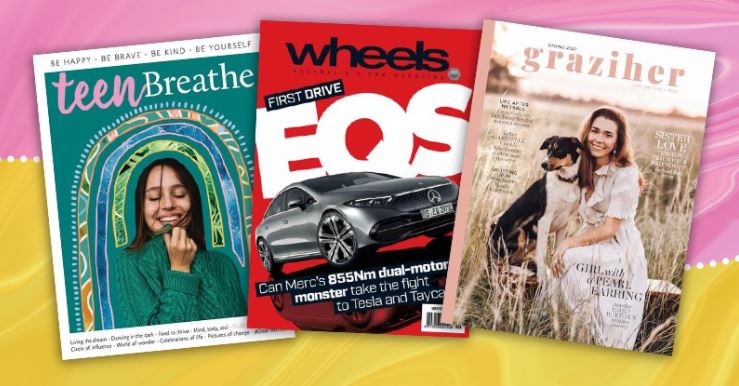 2021 has seen the largest number of new magazines listed on iSubscribe in the past three years with 57 new titles listed, iSubscribe has said in its 2021 half-yearly subscription snapshot.

isubscribe is Australia and New Zealand’s leading magazine subscription marketplace, so it’s interesting to look at the magazine trends based on their listing and purchase data. The platform represents over 400 Australian and over 100 New Zealand publishers and suppliers, and lists 1,400 Australian and international print titles.

iSubscribe also recently hit a major milestone of $1 million in new subscription revenue for July 2021, signifying record July sales figures since the magazine subscription business launched in 2000. But let’s take a look at the first half of 2021 compared to previous years. How is the Australian and New Zealand magazine subscription market holding up?

Magazine subscription sales in Australia for the first half of 2021 are on par with sales in 2020.

In 2020, iSubscribe found that the pandemic’s effect on consumer behavior resulted in about a 30 per cent uplift in sales on isubscribe.com.au overall. Strong sales performance has continued for the first half of 2021, despite not experiencing as many lockdowns due to the pandemic as in the first half of 2020. Mass title sales proved resilient and iSubscribe observed growth in niche categories.

While the top three magazine subscription categories purchased remained the same YoY from 2019-2021, iSubscribe recorded movement amongst the top 6-10 categories.

The motoring magazine category improved subscription sales in 2021 thanks to the addition of Are Media’s Wheels, 4×4 Australia, MOTOR, Street Machine and Unique Cars motoring titles to iSubscribe.

In the fashion and beauty space, 2021 has demonstrated that the category has bounced back after the closure of Bauer’s Harper’s Bazaar, Elle and InStyle titles in May 2020, which impacted the categories 2020 sales performance. Vogue Australia has been a strong performer for iSubscribe in 2021, while Womankind magazine has achieved a large uplift in subscription volumes YoY for 2021-20. iSubscribe said that this is mostly due to the publication ceasing sales for a time during the first half of 2020.

Despite the temporary closure of Women’s Health and Men’s Health in 2020 and change of ownership, subscription sales have been strong in the health and fitness magazine category in 2021, with these titles returning to the top-selling positions in the category.

Over the past three years, the top 10 titles on isubscribe have remained consistent, with a few exceptions and movements within the rankings. As with the category rankings, most of the movement occurs in places 6-10 between the top-selling food and home magazines.

Individual titles that are selling more subscriptions in 2021 compared to 2020 include:

iSubscribe said that It’s particularly positive news for publishers that subscription sales have increased in 2021 from 2019 volumes. NZ’s break in production of magazines in March 2020 due to the pandemic caused upheaval in the industry. One of the most significant impacts of that enforced shutdown was the establishment of School Road Publishing and its launch of four brand new magazines in August of the same year. The resumption of magazine production and sales ensured a strong sales finish in 2020 on isubscribe.co.nz and a healthy first half of 2021.

New Zealanders appear to be enjoying their magazines more than ever and particularly, those with a local emphasis.

General interest title sales increased in 2021 due to the relaunch of North & South magazine and the return to market of Are Media’s New Zealand Listener magazine. iSubscribe said that these titles have recaptured the community’s interest since their return and subscription sales are strong. Early signs indicate that New Zealand magazine readers and subscribers are looking for, or returning to local content more since the onset of the pandemic.

The family category on isubscribe.co.nz consists of titles for children up to teens, then titles for parents. The category is up 10 per cent YoY for the first half of 2021 and up 13 per cent compared with 2019 results.

Top performers National Geographic KiDS, Upstart and Teen Breathe are all making positive gains in subscription sales and as with the Australian market, magazines for kids continue to grow in interest and popularity with buyers.

The business and finance category subscription sales overall are up YoY by just under 60 per cent and 55 per cent compared with 2019. iSubscribe said that this is due to the significant uplift in sales for Informed Investor, formerly Juno, magazine. The rebranded title has been under new ownership since mid-2020 and focuses on wealth management and aspirational, luxury lifestyle content.

Time magazine has also made considerable subscription gains YoY, possibly due to a greater interest in global affairs as a result of the pandemic plus its regular subscription promotions.

Most of the top 10 titles since 2019 have remained consistent, with significant fluctuations in sales rankings being observed with titles that have experienced a change in ownership or other significant change. Former, and current, Are Media titles fall into this category, such as North & South, New Zealand Listener and The Australian Women’s Weekly NZ.

Stuff titles, formerly Fairfax, are the other bestselling titles with sales affected on isubscribe.co.nz by changes in ownership and sales tactics. The biggest success story is new magazine, WOMAN, entering the top 10 best selling magazine subscriptions on isubscribe.co.nz within its first year of publication.