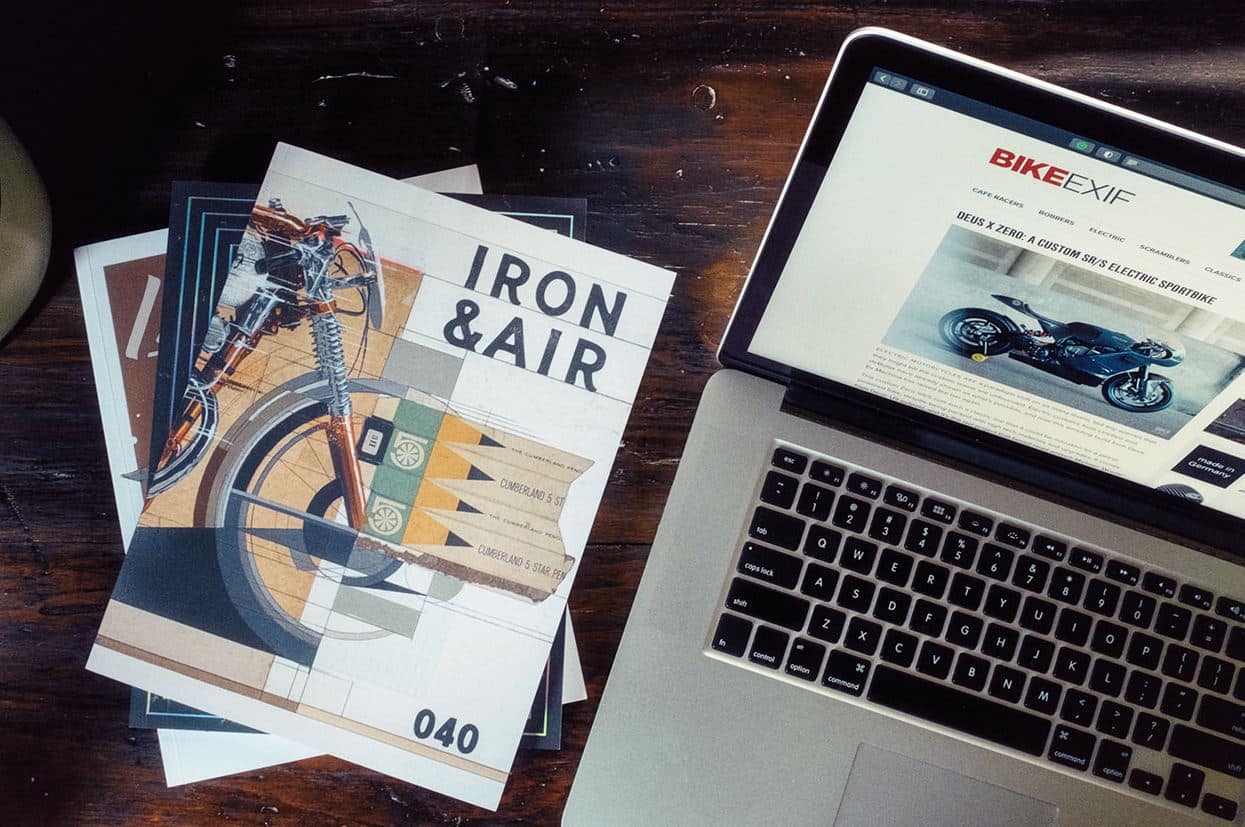 Announcing the acquisition, Hunter said “I started Bike EXIF as an idle experiment during a quiet lunch hour in my office in Sydney, Australia. To my surprise, it took off like a top fuel drag bike – and helped introduce the world to a whole new style of motorcycle customising.”

Since then, Hunter has moved to rural New Zealand and built Bike EXIF into a full-time job with the brand producing quality online content plus two books, an annual calendar, and in 2018, co-published the first English language edition of the European custom motorcycle magazine, CRAFTRAD.

“Today, I’m excited to announce the next phase in the journey: Bike EXIF has become part of the Iron & Air Media group, based in New Hampshire, USA. You may know Iron & Air Magazine—it’s a beautiful 114-page quarterly [above], featuring the best motorcycle photography and writing. In short, it’s the closest thing to Bike EXIF in print,” Hunter told Bike EXIF readers.

Hunter explained that the similarities and shared interests between himself and Iron & Air Co-FOunders Adam Fitzgerald and Gregory George Moore sealed the deal.

“Casual conversations about shared interests and the future of motorcycle media turned into more serious discussions, and over many months, plans began to take shape. COVID did its best to derail that deal, but in the end, merely delayed it a few months.”

Under the deal, Hunter will continue as Editor-in-Chief of Bike EXIF.

“We’ll get access to Iron & Air’s treasure trove of content, and in turn, we’ll be introducing some Bike EXIF favorites to the world of high-end print,” said Hunter.

“Our combined mission is still to connect custom builders and switched-on brands to a passionate audience of millions. We now have even more resources to do that. And in the meantime, we’re making plans to expand into uncharted waters and amplify the custom scene even more.”