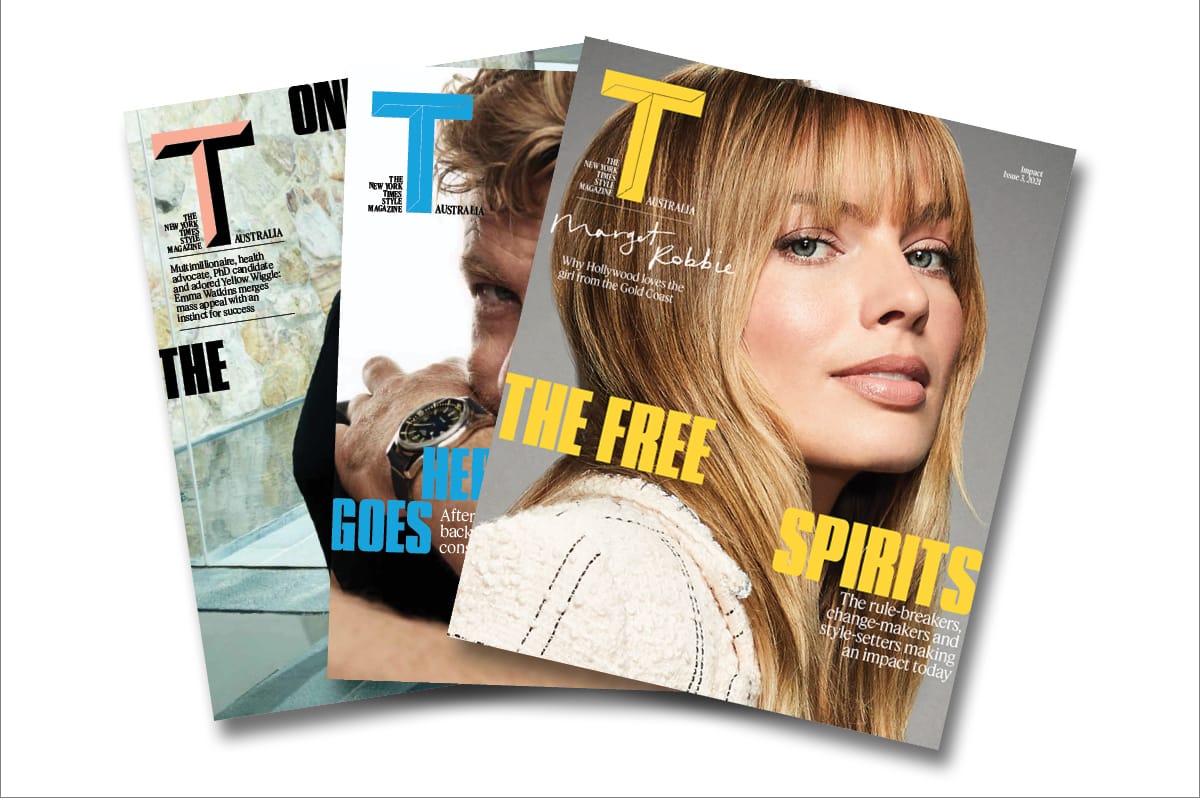 T Australia magazine to increase to 6 issues a year

After a successful first year as a quarterly publication, T Australia: The New York Times Style Magazine will increase its print frequency to become a bi-monthly magazine, starting in February 2022.

The publishing house behind T Australia, KK Press Pty Ltd, credits a warm response from readers and brands, as well as an innovative and modern distribution strategy for the increase in its print edition frequency for the second year in the market.

“The increase of T Australia to a bi-monthly magazine brings a new opportunity to feature local and international content more regularly to readers. Showcasing the best of Australia within a global context, the magazine will continue to provide a record of the local zeitgeist,” says Editor in Chief and Publisher, Katarina Kroslakova.

T Australia: The New York Times Style Magazine launched in March 2021 as a quarterly print magazine and digital platform. The magazine was introduced to the Australian media landscape during the global pandemic and following the loss of key Australian titles, responding to an opening in the market.

Earlier this year, Kroslakova spoke to the Targeted Media Services Network about the magazine’s successful launch.

“The trust that people place in the New York Times is huge. People have such high standards for correctness and reporting and grammar, and intelligent debate, and the New York Times is known to deliver that,” she said, before also chatting about what it was like to work with the NYT team.

The third print edition of T Australia is now available, starring one of Australia’s most coveted, global exports, Margot Robbie and internationally renowned contributors, and experts in their fields: Vanessa Friedman, the Fashion Director and Chief Fashion Critic for The New York Times, as well as Hetti Perkins and Besha Rodell.

“In our rapidly changing lives, particularly at the moment with most Australians affected by COVID-19 in some way, Issue 3 of T Australia really does capture this unusual moment in time – a period in which every one of us has been forced to take stock and consider the impact we have on those around us.”

“Issue 3 of T Australia has been crafted to share personal, reflective stories that shift focus inward rather than out,” Kroslakova says. “It dives into the rule-breakers, change-makers and style setters making an impact today.”

Other Issue 3 highlights include a look at the challenges of crafting a legacy brand in the digital age, Narito Ishii, a Sydney fish handler with a cult following, and an exploration of spreads inspired by that impactful toast-topper, Vegemite.