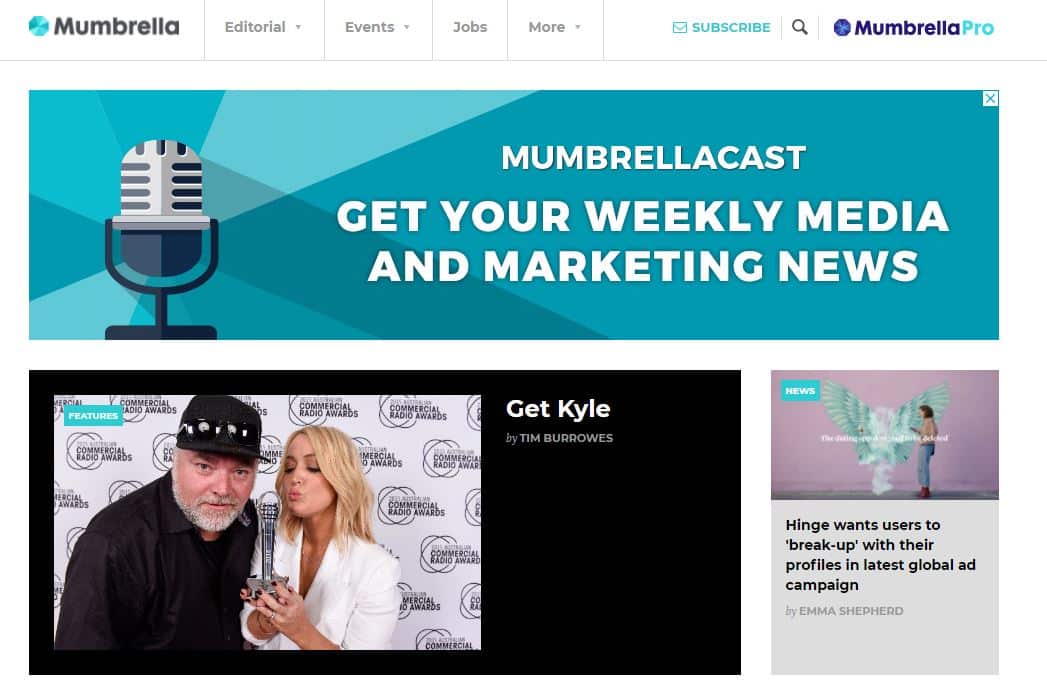 Mumbrella Founder and Editor-at-Large Tim Burrowes will leave the company at the end of July, closely following the appointment of Chris Greenwood as Mumbrella’s new Commercial Director and Publisher.

Chris Greenwood joins Mumbrella after a career spanning media sales and digital marketing. Recently he was Australia and New Zealand Country Manager for travel digital marketing agency Sojern, where he managed local operations, including the development and execution of the overall commercial strategy.

In his new role at Mumbrella, Greenwood will work with the brand’s departmental heads across editorial and content, sales, marketing, and events.

In a post on Mumbrella’s website, Greenwood said: “I’ve followed the progress of Mumbrella for years, both as an avid reader as well as a delegate of its numerous industry-leading events. Having the chance to join the team and lead the business was an opportunity I couldn’t pass up.

“While it’s been a challenging time for our industry, many brands, agencies and media are reporting strong growth now – hopefully the current challenges won’t dampen that too much. It’s a resilient industry so I suspect they won’t.

“The current situation poses challenges for Mumbrella directly, but with our first physical event under our belt in CommsCon, I look forward to working with the team to see how we can capitalise on that momentum and strengthen our editorial product as well.”

Tim Burrowes has chosen to leave Mumbrella in the lead up to the launch of his first book, Media Unmade, which tells the story of the Australian media industry over the last decade.

Burrowes launched Mumbrella in December 2008. At the end of 2017, Mumbrella was sold to the current owner, Diversified Communications.

“Not everybody is fortunate enough to leave an organisation at the time of their own choosing,” he said in the announcement.

“So I’m grateful that Diversified invited me to stick around after our earn-out period concluded at the beginning of 2020. And I was even more grateful for the flexibility they gave me when Hardie Grant offered me a book contract late last year.”

“With Media Unmade finally out in the world, a chapter was naturally coming to an end,” Burrowes said. “It’s time to do something else.”

Burrowes said that he intends to keep writing, which may include contributions to Mumbrella. Mumbrella said that Diversified is in talks with Burrowes about “formal ways of maintaining a connection with Mumbrella”.