“It’s what’s under your nose that you really care about”: Local Publishing Co’s hyper local success 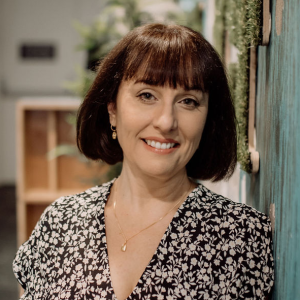 Marina Roussel is a Sydney-based freelance writer and content creator. She enjoys learning what makes small businesses tick and helping them tell their stories through features, web copy, blogs and emails. Marina has written in the areas of healthcare, lifestyle, food and technology.

Sydney-based Local Publishing Co has emerged as a niche publishing success story with its range of small-format “hyper-local” print magazines covering areas around the city’s east.

In 2020 the publisher released a trio of titles – Local Paddo, Local Bondi and Local Bayside – as spin offs from its original flagship publications, Local East and Local North. Its approach to local publishing has put individual suburbs squarely in the spotlight and provided an important platform for local business communities to find their voice.

Why the move from journalism to local publishing?

Meryment says that “it was a progression of ideas” that acted as the catalyst for her to move from a long career in journalism into local publishing.

She had worked for many years for Newscorp and other big media outlets, writing about everything from politics to food.

“When big media began to go into decline I left that industry and started a content agency,” she says.

It was a way of providing a marketing solution for some of the businesses she had been dealing with as a journalist.

Things were going well and eventually her clients started searching for additional local channels to build their brands, a fact which sparked the initial idea for the magazines.

“I found that my content clients were complaining that there was no decent, accessible media for them,” says Meryment. Social media channels were not necessarily doing the job her clients had hoped for, or providing a steady bedrock for them to get the word out.

“Apart from being on Instagram and Facebook they didn’t know where to publicise their businesses,” she explains. “They couldn’t access the markets they were trying to target and so I said to a couple of them: ‘Well maybe I’ll put a magazine together and we could feature you in that?’”

As a result, a handful of businesses came onboard with the initial magazine and her fledgling local publishing business was born.

What is a “hyper-local” approach and how did it evolve?

In addition to encouragement from clients, Meryment’s idea for the new venture gained shape from an “aha moment” she had after many years of food writing, during which she would travel all over Sydney to review restaurants in far-flung suburbs. This prompted a shift of focus and the realisation that actually “it’s what’s under your nose that you really care about”.

“What’s local to you is what’s relevant to you, and that’s where it stems from,” she says.

Meryment got her publications off the ground but points out that at first, “I was running them as bigger magazines covering larger areas – Local East and Local North – and that was before COVID-19. And just before COVID-19 I also started the Local Paddo mag, because I found the Paddington advertisers would rather have a magazine targeting just their own suburb.”

Was it hard to find the content to fill a publication with such a seemingly narrow scope?

Not according to Meryment. “Once you start looking for stories in your area, they’re everywhere. And in some ways it’s easier to fill a Paddington magazine than it is to fill a whole eastern suburbs magazine because your audience is so easy to identify.”

“And so we did the Local Paddo magazine and it became successful and we sustained it through COVID-19. Now Paddington is really strong, so we started Bondi last month and Bayside (covering Double Bay and its surrounds) this month. And now we’ve got the three.”

She is enthusiastic about having such a rich source of local personalities and businesses to tap into. “There is such amazing talent in the area that we’re in. And it’s deep. After four editions we haven’t even scratched the surface of what we can write about.”

While shaping the content for Paddo and Bayside is more straightforward – they’re all about the lifestyle – Bondi is trickier to nail down according to Meryment. It has a diverse demographic with a mix of traditional residents, newcomers and backpackers/tourists. And it’s an area with an iconic status where opinions on a range of issues are strongly held.

“Bondi is unusual in that it’s actually a very newsy area as well as a very beautiful area,” she says. “There are so many stories coming out of Bondi – which is both an opportunity and a challenge.”

Has the renewed community focus created by COVID had an effect on local publishing?

Meryment agrees that COVID-19 has been a factor in shifting our focus and values.

“I think people are searching for stability. And for a long time there’s been a movement against globalisation, and the globalisation of the media,” she says.

It seems people are more open to and interested in local news and, in addition, more willing to directly support local businesses.

“Not only do businesses have to connect with locals but the locals have realised that if they don’t support them, those businesses will go. And they’ll have nothing. We’re in a position where we can help businesses and audiences connect, and they both enjoy each other’s company!”

How do the editorial and branded content mesh together? Are there options for native advertising?

“I started it as a content marketing product but it grew into a regular journalistic product,” says Meryment. And she points out the content clients now tend to use standard advertising options.

“We don’t do that much native advertising. We started out doing a bit of native but it grew quite quickly beyond that.”

Meryment points out that a strong relationship with local business is at the core of the company. “It’s a very supportive publication,” she says, “We support our advertisers but we also support others and now have relationships way beyond our initial contact lines.”

Your magazines represent a return to print in a digital era. Did you ever consider using online platforms?

Meryment explains the company originally had plans to repurpose some content for online distribution as well as running the print operation. While she concedes that there are opportunities in multi-platform publishing, the focus remains squarely on print for the time being.

“Everybody can blog,” she says, but “our point of difference is that not everybody can do what we do.”

In addition, she is realistic about the time, effort and financial investment required to make a multi-platform venture viable.

“We can actually make a profitable business out of the magazine. So we have to focus our energy on where we can make that profit.”

Do you have any words of advice for other niche publishers?

More than anything, what Local Publishing Co and its hyper-local titles represent is a break away from a traditional, formulaic approach to local publishing. It’s one that brings “a national quality to a series of microscopic areas,” says Meryment.

Contributors include a range of journalists and photographers with enviable pedigrees who are passionate about working on the magazines and share its ethos of raising the bar.

“While I wouldn’t presume to give anyone else advice,” she says, “the thing I’ve learned is that high quality prevails. The more you invest in your journalism, your design and your photography – the better response you’re going to get.”

“Everybody that works on these publications has worked at the best publications in the country already. And they do it for pleasure really. It’s reflected in the quality that we bring to it, I hope.”