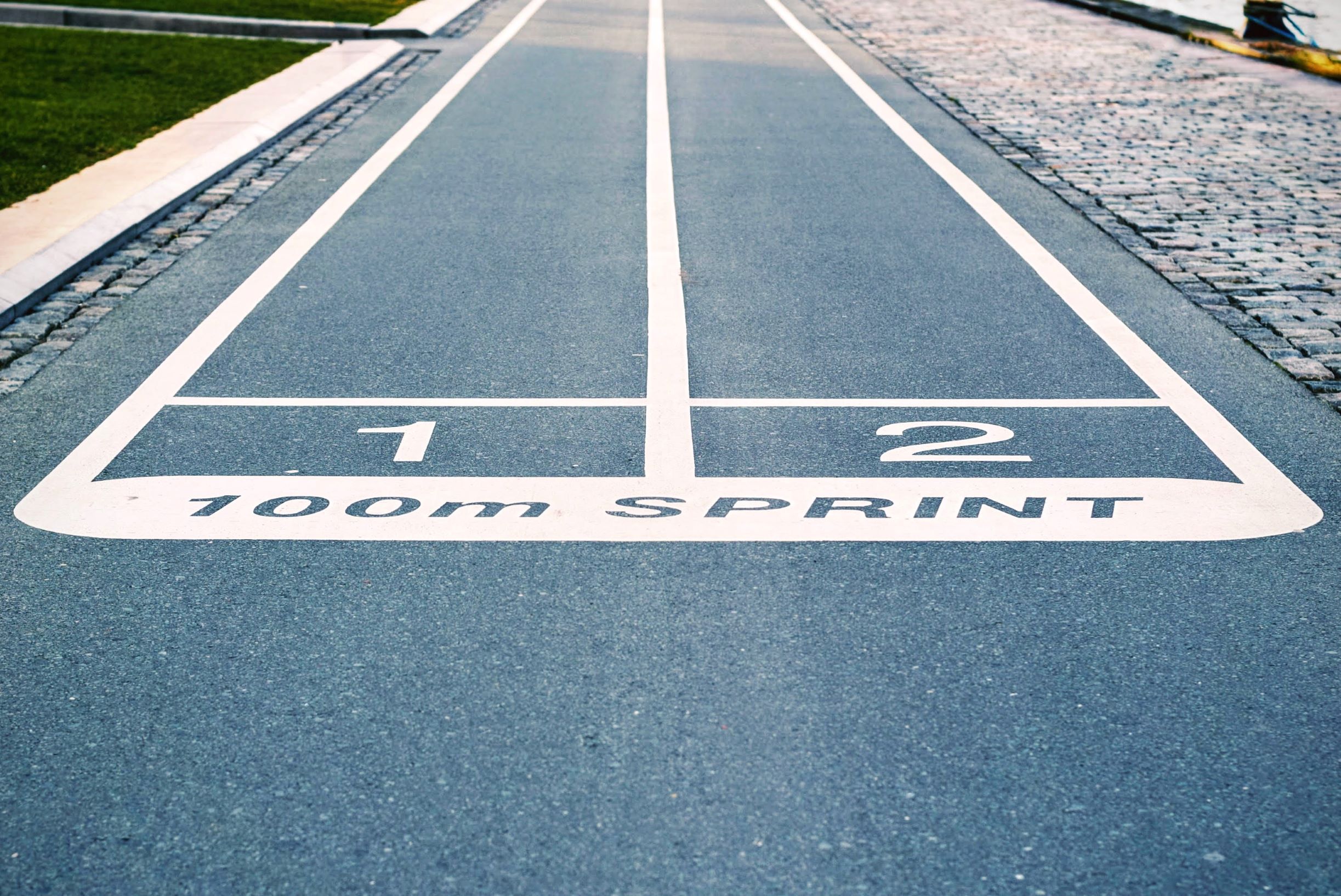 2021 has kicked off with fierce debate around the ACCC’s News Media Bargaining Code. The Australian Government’s pledge to protect Australian public interest journalism has opened a big can of worms. So what does it actually mean for small news publishers, and targeted media brands that aren’t covered under the proposed code?

Small news publishers and representative bodies fronted a News Media Bargaining Code Senate Committee hearing on 1 February to provide feedback on the draft code. While all publishers were in favour of a code (why would you say no to the potential for increased revenue?), they raised some key concerns.

I’m sure you’re across it – it’s hard to miss – but for those of you who aren’t, I’ll do a quick recap of the key points before getting into some of the arguments heard from small publishers during the second Senate Committee hearing, and the code’s potential impact on targeted media brands (as opposed to news media).

In one corner, we have Australia’s news media organisations – backed by the ACCC – asking to be compensated for producing content that is linked to on major digital platforms Google and Facebook.

Their gripe? It costs a lot of money to produce quality, public interest journalism and it is becoming less viable due to the decline in print and online advertising – which directly competes with the online advertising opportunities available on Google and Facebook.

A key part of the proposed code would allow news organisations to bargain (collectively or individually) with Google and Facebook over the value of their content, backed by mandatory arbitration if negotiations stall.

Under the proposed code, Google and Facebook would also be required to give advance notice of any algorithm changes to their news feeds. This has been suggested because news media websites typically rely on programmatic advertising (with revenue received on a cost per thousand impressions (CPM) basis) – and Google and Facebook’s ability to change their search/feed algorithms with no notice creates an “opaque system with highly uncertain money flows” for news media, according to the ACCC.

In the other corner, we have Google, Facebook, and a range of national and international third parties. AdNews’ Mariam Cheik-Hussein has written a great explainer detailing the arguments against the News Media Bargaining Code expressed in the first Senate Committee hearing. These range from:

Notably, the inventor of the World Wide Web Tim Berners-Lee has said that the code “risks breaching a fundamental principle of the web” by setting a precedent for paying to link to content.

In his submission to the Senate Committee, Berners-Lee said: “The ability to link freely – meaning without limitations regarding the content of the linked site and without monetary fees – is fundamental to how the web operates, how it has flourished till present, and how it will continue to grow in decades to come.”

Google, which has for some time been vocal about its opposition of the code (and the suggested payment scheme within it), told the Senate Committee that it will remove Google Search from Australia if the code is passed in its current state. Facebook has also said that it may remove news-related content from its platform.

Creating a code that supports a diverse media ecosystem

The second Senate Committee meeting saw a number of smaller news publishers and representative organisations take the stand. The majority are in support of a code – but not in its current state.

The proposed code is open to publishers who cover “core news content” and generate more than $150,000 in revenue per year, but small news publishers are concerned that they won’t receive an adequate revenue share compared to larger news organisations.

Country Press Australia President Bruce Ellen said that there needs to be a specific mechanism in the legislation to guarantee smaller news publishers will share in a larger proportion of the value exchange.

“Sadly, the current digital platforms legislation rewards the large companies and their digital-only syndicated-content models at the expense of smaller media businesses with true local news that is expensive to produce,” he told the Senate Committee.

“The legislation needs to enhance media diversity and create financial support for Australia’s small to medium regional and suburban news publishers and not result in providing significant funding, and ultimately further market share, to News Corp and Nine.

Media, Entertainment and Arts Alliance Director Adam Portelli suggested that the annual revenue be reduced to $75,000 to promote a “diverse media ecosystem”, including the small regional startup publications that began after News Corp and Australian Community Media closed many of their regional mastheads in 2020.

He also told the Senate Committee that it “is critical that the code mandates that any revenue received by media organisations be spent on the production of journalistic content”, concerned that revenue publishers may receive from the new arrangement may end up in the pockets of shareholders or senior executives.

“I believe passionately in the crucial importance of diversely owned public interest media as a counterbalance to the political and societal influence of the two commercial news publishers that dominate our democracy,” he said.

Youth news publisher Junkee Media said that a mutually beneficial outcome needed to be found, because an outcome where Google Search leaves Australia is not viable.

Junkee Media CEO Neil Ackland told the committee that it has had a “long-term productive relationship with both Google and Facebook” via initiatives such as the Google News Initiative and the Facebook Journalism Project.

“This investment has allowed us to employ journalists and to produce high-quality public interest journalism that reaches young Australians on the platforms where they spend most of their time online.”

Ackland said that the digital platforms also drive significant traffic to their publishing sites, “which allows us to fulfil our obligations to our advertising partners”.

“By design we have built our business to leverage the huge audiences on Facebook and Google. It’s fair to say that we would not exist without them.

But, he said, the relationship is a “double-edged sword” as “a small tweak to Facebook or Google’s algorithm can have an outsized effect on our ability to drive traffic and therefore revenue”.

“Digital publishers are now subject to algorithms that appear to reward the loudest voice in the room, which has given rise to clickbait and sensationalism at the expense of quality journalism. This reliance on the algorithms means that investment in longer form in-depth journalism, which we have created in the past, makes less sense due to the type of content that is rewarded with views.”

Beecher also said that Google and Facebook should be held accountable “for the collateral damage inflicted on quality journalism”, suggesting a “social licence to support the public interest journalism that has been severely affected by the invention of the commercial internet, which [they] dominate”.

But he agreed that the code should address Google and Facebook seminal concerns to ensure that they participate: “if the two digital platform participants don’t play ball, the code is meaningless”.

What about targeted media brands?

The News Media Bargaining Code is aimed at promoting public interest journalism in Australia, but it has ramifications for targeted media brands that produce specialised content outside of this remit.

Publishers with more targeted audiences who sell their online advertising directly and for a fixed price are less impacted by the revenue fluctuations that Google and Facebook algorithm changes can cause. But maintaining a certain audience level is important to continue to provide value to clients.

Targeted publishers are also somewhat protected in that they have closer relationships with their audiences, who reach their websites via more diverse means (e-newsletters traffic can be dominant). This helps to dilute the impact of changes in Google and Facebook’s algorithms on total website traffic. And the organic audiences driven to targeted media websites generally demonstrate more focused searcher intent for content with less competition.

But the value that Google and Facebook provide in promoting targeted media brands to new audiences is incredibly important. And if the code passes in its current state a small group of large news organisations will have a competitive advantage over smaller publishers – whether they have targeted audiences or otherwise.

As it stands, the code provides larger news organisations with the competitive advantage to promote their news content – and potentially explore into new, more specialised areas of content.

City and cultural life news publisher Broadsheet Media, expressed this concern in its Senate Committee submission, pushing for a wider definition of “core news content” to protect publishers that produce news on the periphery. Broadsheet argues that, while it isn’t their core content, large news media organisations also publish articles about cultural news and events – and under the code, they would do so with the competitive advantage of revenue and algorithmic information directly from Google and Facebook.

Broadsheet states that this could lead to further consolidation of the Australian media market.

Automotive industry publication GoAutoMedia agrees, stating in its Senate Committee submission: “It is relevant to point out that it would be hugely convenient for the big publishers if they also managed to achieve the complete wiping out of the small publishers by denying them of traffic and by raising the barrier to entry for any potential future publishers attempting to compete with them.”

This flies in the face of the ACCC’s role as a regulator.

Is there another way?

In June 2020, Google announced a licensing program to pay publishers for high-quality content, striking deals with Schwartz Media, Private Media, Solstice Media and The Conversation (interestingly all small to medium news publishers). But the program was put on hold as debate around the ACCC’s Digital Platform Inquiry heated up.

In January, Google reached an agreement in France to negotiate individual licensing agreements with publishers and allow for participation in a ‘News Showcase’.

These options provide news publishers with revenue and dedicated promotion, without being privy to changes

In a piece well worth reading on The Conversation, QUT’s Professor of Media Studies Amanda Lotz states that, as it stands, “…the code is unlikely to do much to fix the crisis faced by journalism in the internet age. It isn’t even a band-aid on the problem.”

Lotz says that the business model of news media has been surpassed by the digital platforms, which have proven to be “more effective vehicles for advertisers seeking to buy consumers’ attention. They serve ads based on consumer interest or in relation to a specific search.”

Instead, she says that other solutions are needed on a local and national level to save public interest journalism, focusing on alternative ways to fund public-interest journalism: “More funding for independent public broadcasters is one solution, and incentives for philanthropic funding and non-profit journalism organisations are proving successful in other countries.”